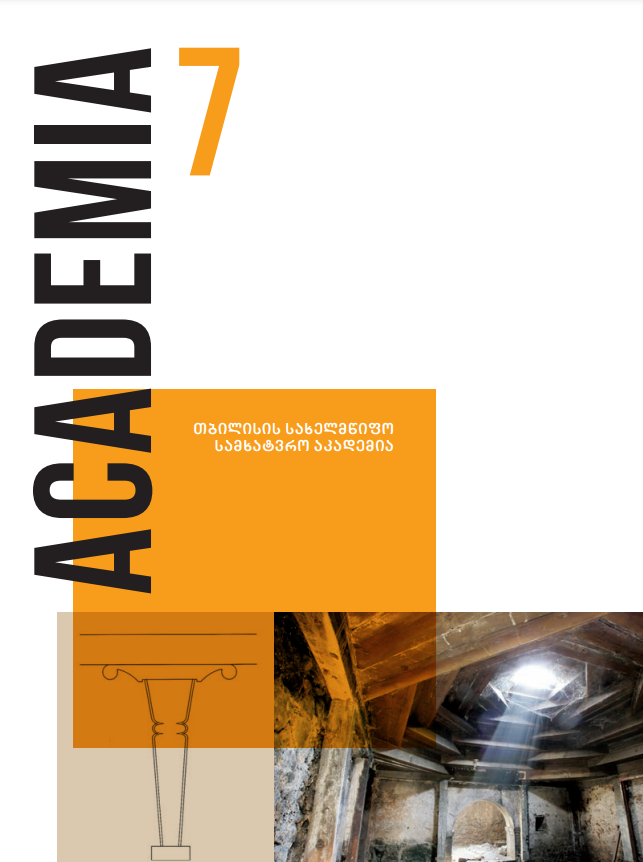 One of the major problems of modern Georgian sculptural art is the full-featured deployment of the environment space by a sculptural mass. This problem is particularly frustrating for Marine Ivanishvili. Truth be told, she is one of the prominent artists in the history of modern Georgian sculptural art. Her name is associated with diversification of genre Nu and at the same time it is her and her generation representatives’ merit that the plastic naked body was „liberated“ from the tabooed soviet mentality.

Marine Ivanishvili’s work is almost entirely concentrated on the sculpture in the open space, so-called free „Garden Sculpture“. However, the city government did not express interest and readiness to expose the sculptures in the wide open spaces of the city. The sculptor regrets that free environmental spaces of the cities are not used for decorative plastic shapes. In many cases there is no sculpture synthesis considered in geographic environment planning and architectural development. In this regard, it can be said that the plastic shapes, mostly naked bodies of women, are stocked and „gasped“ in the closed space of Marine Ivanishvili’s workshop aspiring to join open air masses. Sculptural variations of „Nu“ are created to be disposed in open spaces, so-called „Garden sculpture“ where they are fully perceived.

Another theme of Marine Ivanishvili’s artistic activity is graphic which is also devoted to expression of women naked bodies. It should be mentioned that her graphical works are also characterized by mass construction which is peculiar for sculptors.

t is noticeable that some of the graphical sketches as well as the completed graphical works are created by
simple contouring which for the author is the way to outline the masses. It is obvious from the first glance that
the art pieces are created by a surprisingly strong personality with individual outlooks, artistic taste and specific manner pertaining to Marine Ivanishvili. Finally it needs to be stated that Marine Ivanishvili’s art is mostly
directed on expressing the human body sculpture language.