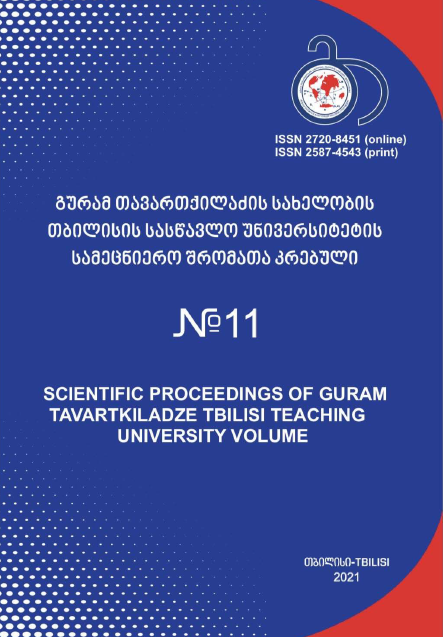 The work outlines the overview of the level of depression of renal donor kidney transplantation, as in different countries of the world as well as in Georgia.The work depicts the depression’s character, its directions with defferent components such as: age, gender, nationality, aducatation, etc.

The work also provides the analysis of the control comparative level of depression and the target group, in relation to renal donor and gender population: between the women and men—the results of both group’s depression level and the comparative analysis.

The results of the survey provide the opportunity to make significant conclusions regarding the future aspects — in the contex of post-transplant conditions, such as psycho-consolidation, it also clearly indicates the necessity of additional surveys in this directions.